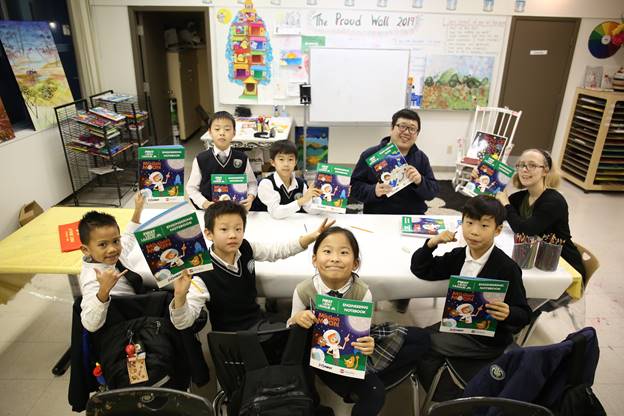 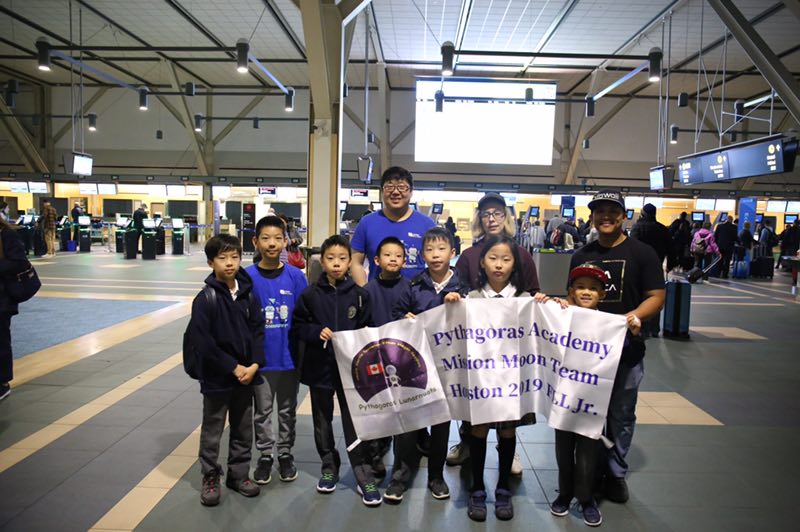 These six students participated in the Mission Moon FLL Jr. competition where they had to research about living on the moon and create a moon base out of LEGO robotic parts. As a team they spent approximately 30 hours learning LEGO robotics, researching about how to survive on the moon, creating their World Expo Mission Moon model and sharing their project to classmates and the general public at the Space Center in Vancouver. 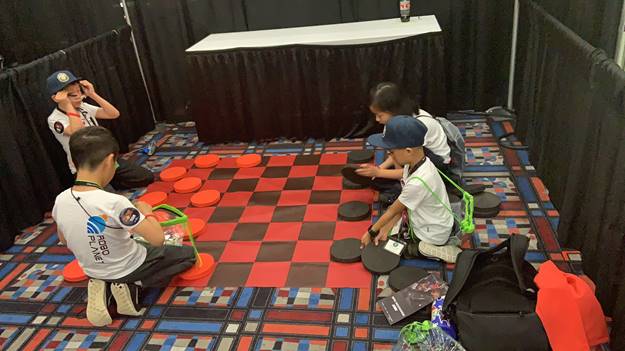 Once students arrived in Houston, Texas they checked into their hotel, relaxed as the next four days would be full of events at the FLL Jr. World Expo. Students and chaperones explored an Innovation Fair of many robotic and engineering vendors, spent time watching other more advanced robotic competitions, free play building with Legos and enjoyed a Welcome Party of live entertainment and games before their event judging time.

The last day of the World Expo April 20th, 2019 was judging day. The six students had to perfect their model, explain it to other teams during open viewing time and prepare their presentation before their judging time at 1:40 pm. 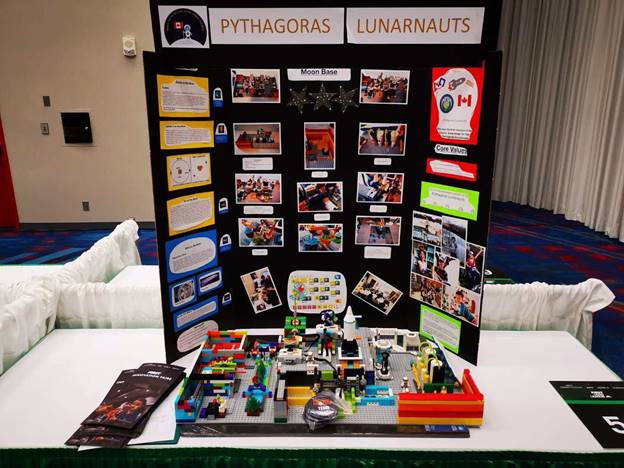 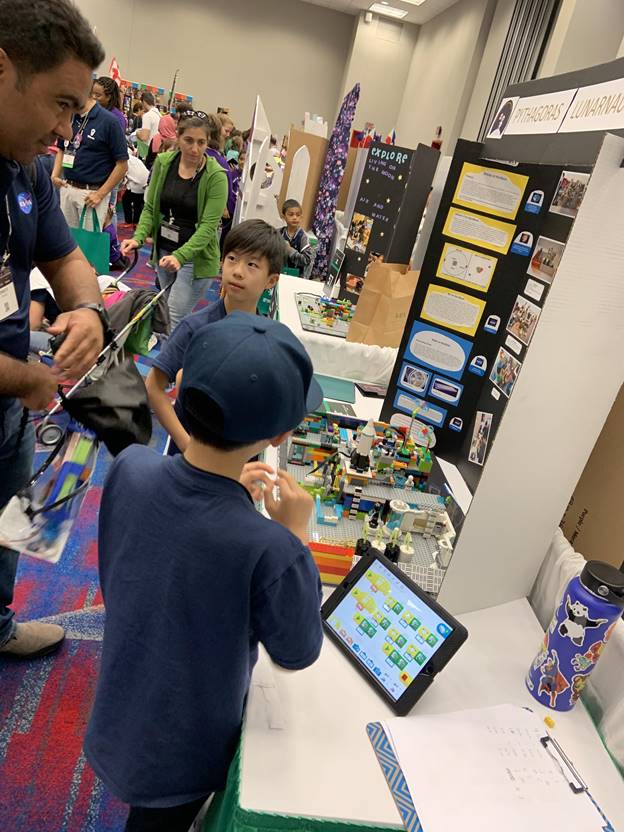 At the closing ceremonies of the FLL Jr. World Festival Expo team found out that they received a perfect score during their judges’ review and received the Explore and Discover Award. All the hard work and enthusiasm of the team had finally paid off and everyone was super excited. 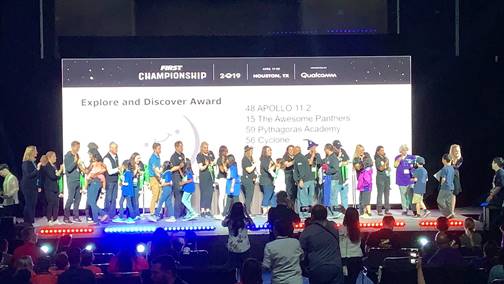 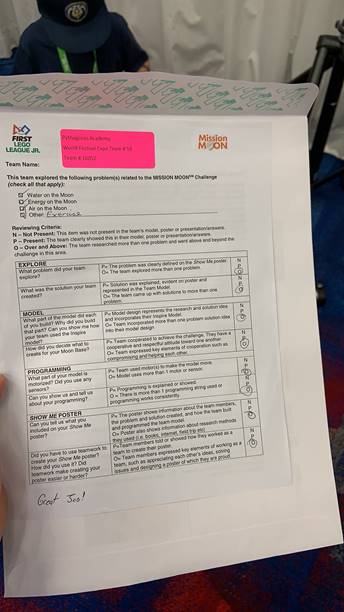 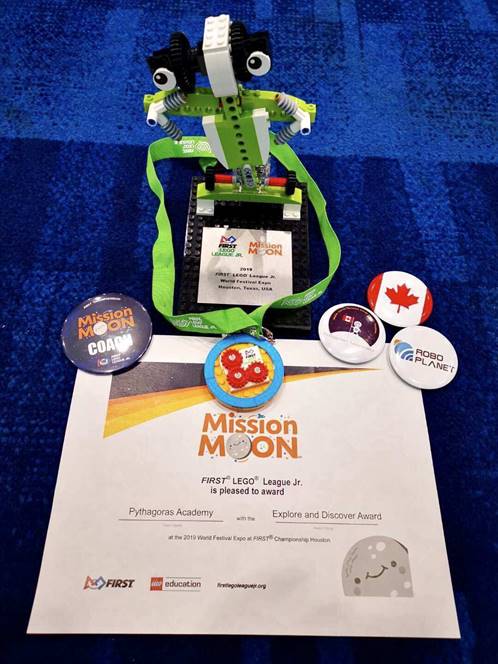 The final day in Houston, Texas was Sunday, April 21st, 2019 and students were rewarded for a job well done at the World Expo with a trip to the NASA Space Station. Overall, the students and accompanying adults truly had a memorable and exciting trip. (Author: Angela Pynn) 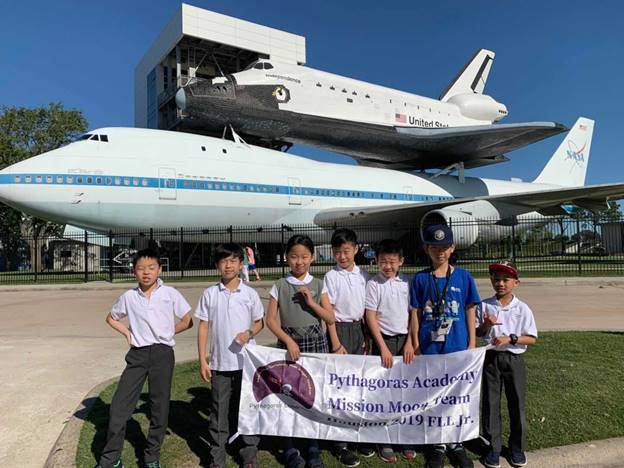